The Adoor Project of the Pacific Northwest, organized by Harbor Art Guild, thanks all who participated in our first artistic door silent auction.
This succesful first annual Adoor Project provides scholarship funds to benefit a graduate of the Aberdeen or Hoquiam High School Senior class.

One of the problems faced by high school graduates is continuing education, especially for those graduates whose interests are more in line with
technical and trades training. Up to this point there has been little local support for trade school attendees.
This scholarship addresses that need.

Your program gave my son the Strengths,
self believe and skills
to believe he could DO this!!!
During a time when people would tell him,
“ YOU NEED A PLAN B”
… you provided NO self doubt with a realistic Canvas
and economical support to prove you believe in him.
As parents that’s Priceless ♥️ That’s what I call
a Successful Community Program.

In 2018 Debbi Jensen and Gladys Whitney formed Sweeping Beauties of 98520 to help new business owners clean out storefront spaces to make way for new business. That evolved into beautifying vacant storefronts with decorated doors that were donated by Earthwise Architectural Savage in Aberdeen. Then, the doors started being painted by students and community members.

In 2019 The name was changed to the Adoor Project of the Pacific Northwest a Washington State recognized 501(c)(3) nonprofit set up under the guidance of Douglas Orr of the Aberdeen Art Center. Debbi Jensen then recruited Tammy Heth and the two of them proceeded to introduce the Adoor Project to Aberdeen High School counselors. This program allows students to apply hours-worked on Adoor Project toward the 15 hours of community service to graduate. Many students and community members participated in painting the doors which were shown at the Goldberg Building, DNR, Mount Olympus Brewery, Nirvana Coffee, and several other sites.

In 2020 Covid 19 slowed the process but the group proceeded and started a silent auction through HAG. All Adoor Project sales go towards funding our scholarships for students at Aberdeen and Hoquiam High Schools.

The video below shows some of our first doors and provides additional information.

Click the button to view a video about our history!

ADoor Project of the Pacific NorthWest is a nonprofit program under Harbor Art Guild’s 501 (C)(3). The purpose of this program is to provide qualified graduating high school seniors with a scholarship toward a Technical Career. High school counselors may provide students with a list of technical programs which students can pursue.

The local community is showing so much support for the ADoor Project, many have had to write and report on it. Below are a few media links:

A small sample of our awesome doors... 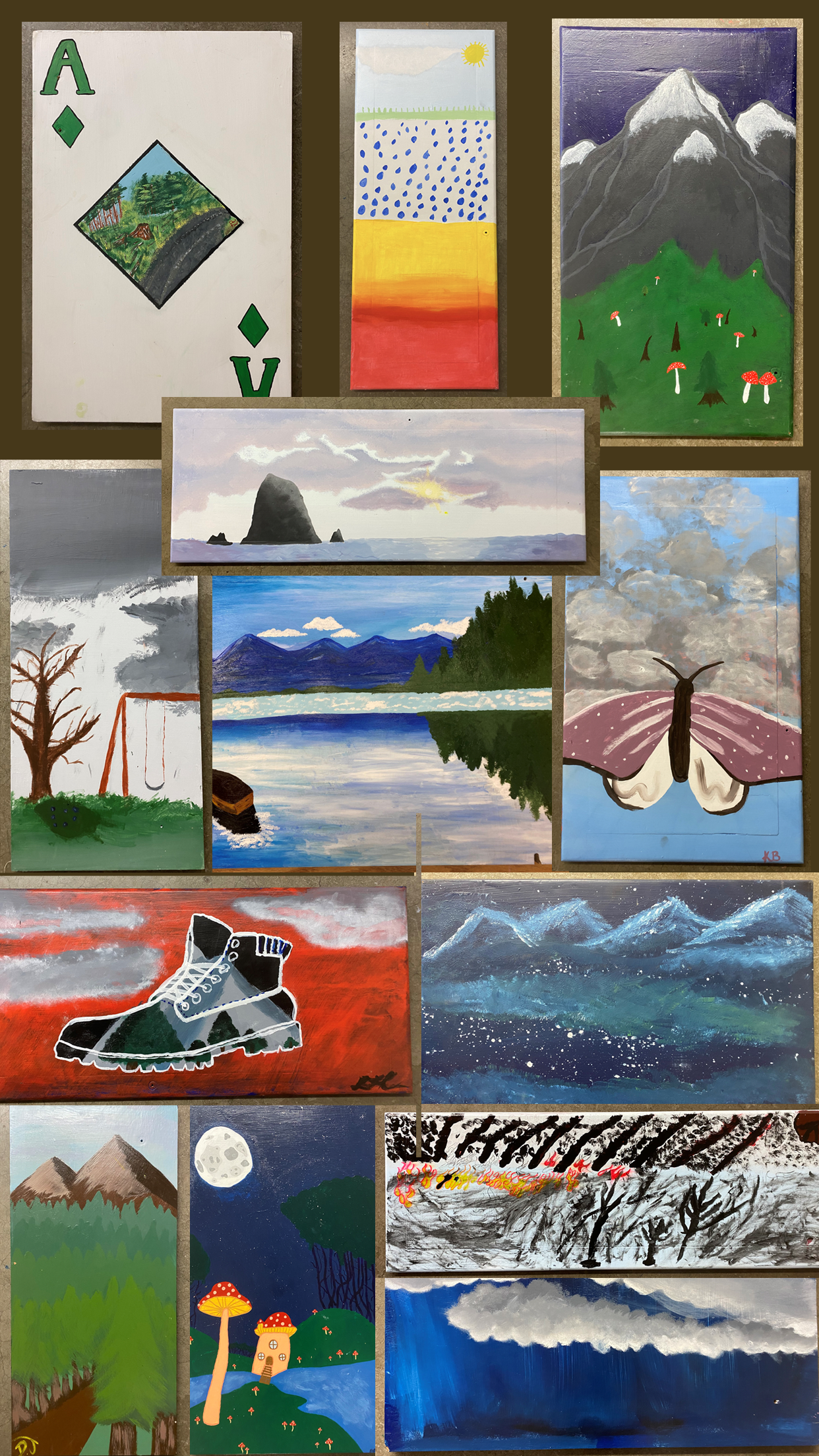 We help students plan for the future!

The Adoor Project is a sponsored program of the Harbor Art Guild, a 501 (c)3 non-profit,
in Grays Harbor County. It is a Washington State recognized nonprofit!
Thanks to Douglas Orr our president and the Harbor Arts Guild.

The Adoor Project is a confidence building project for the students that participate.
It's a risk free opportunity to put ART into the world. 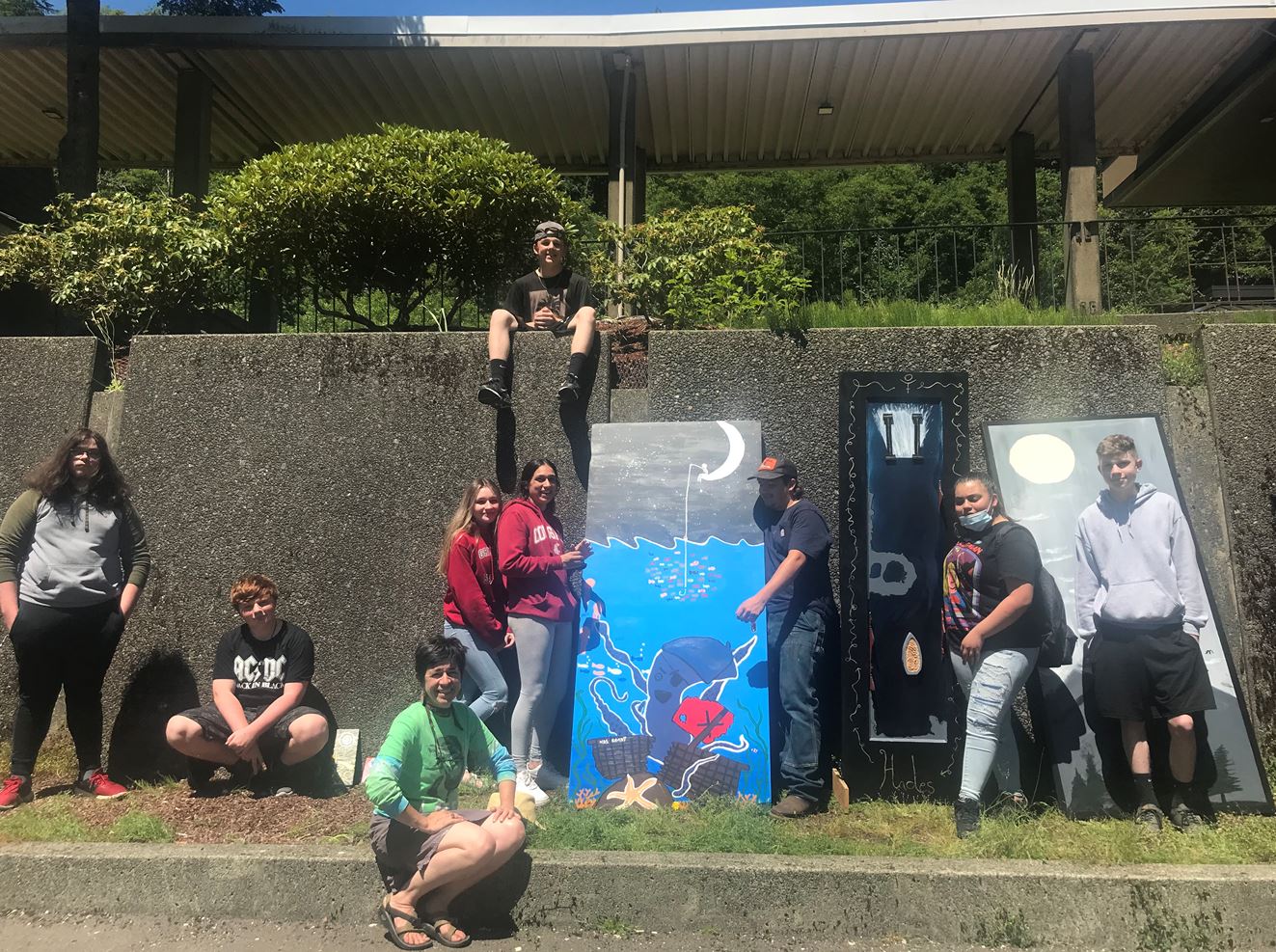 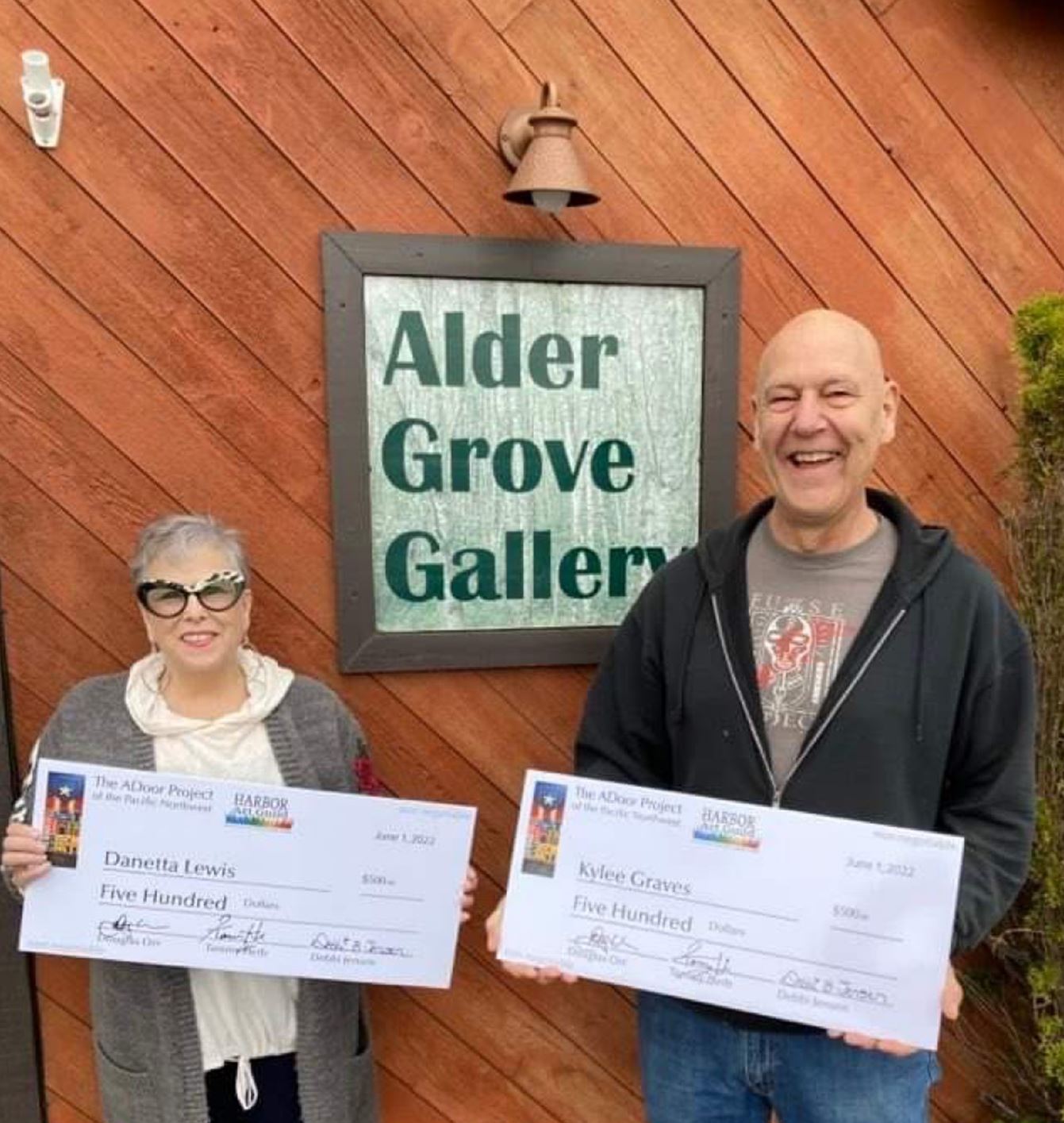 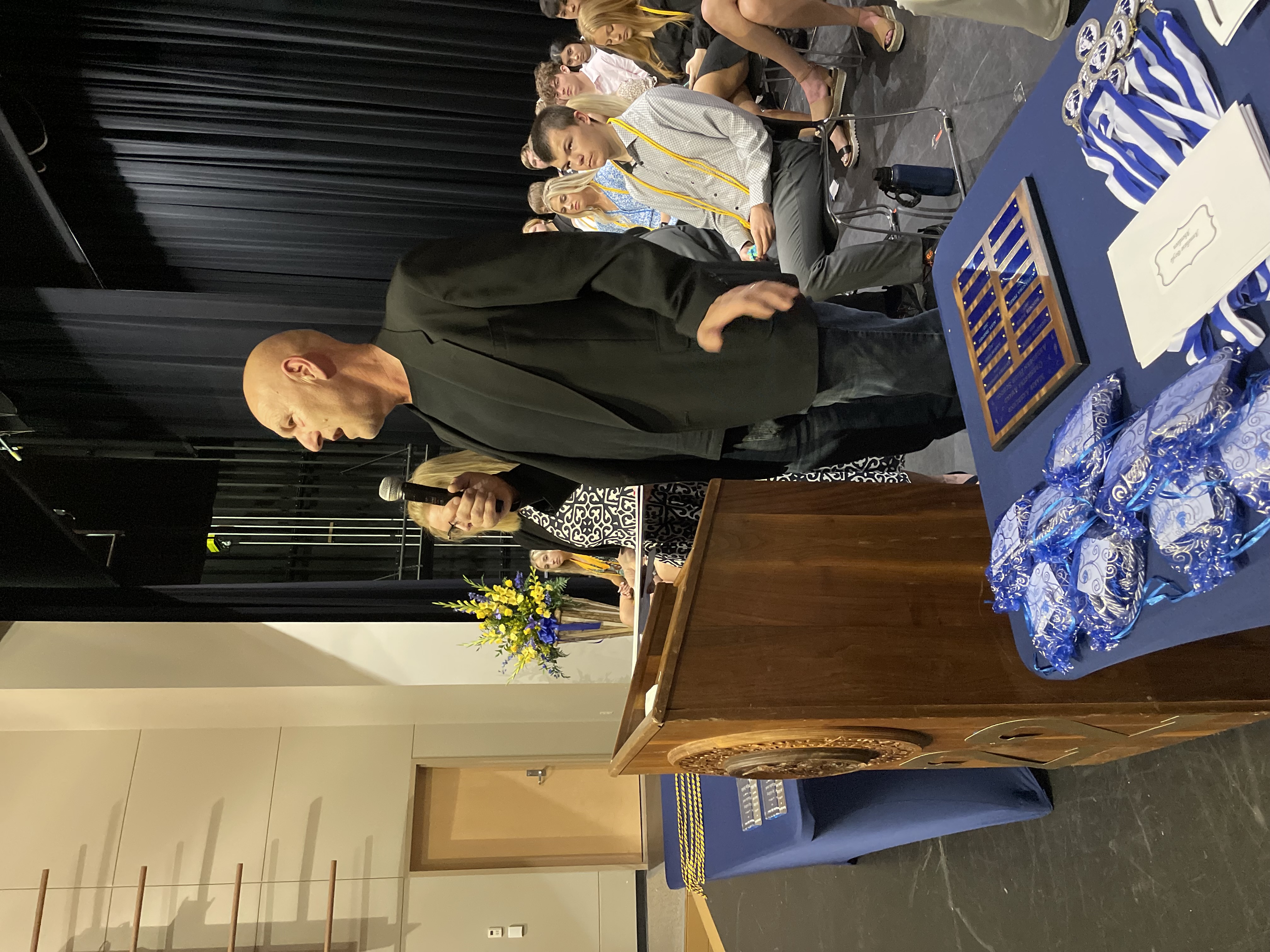 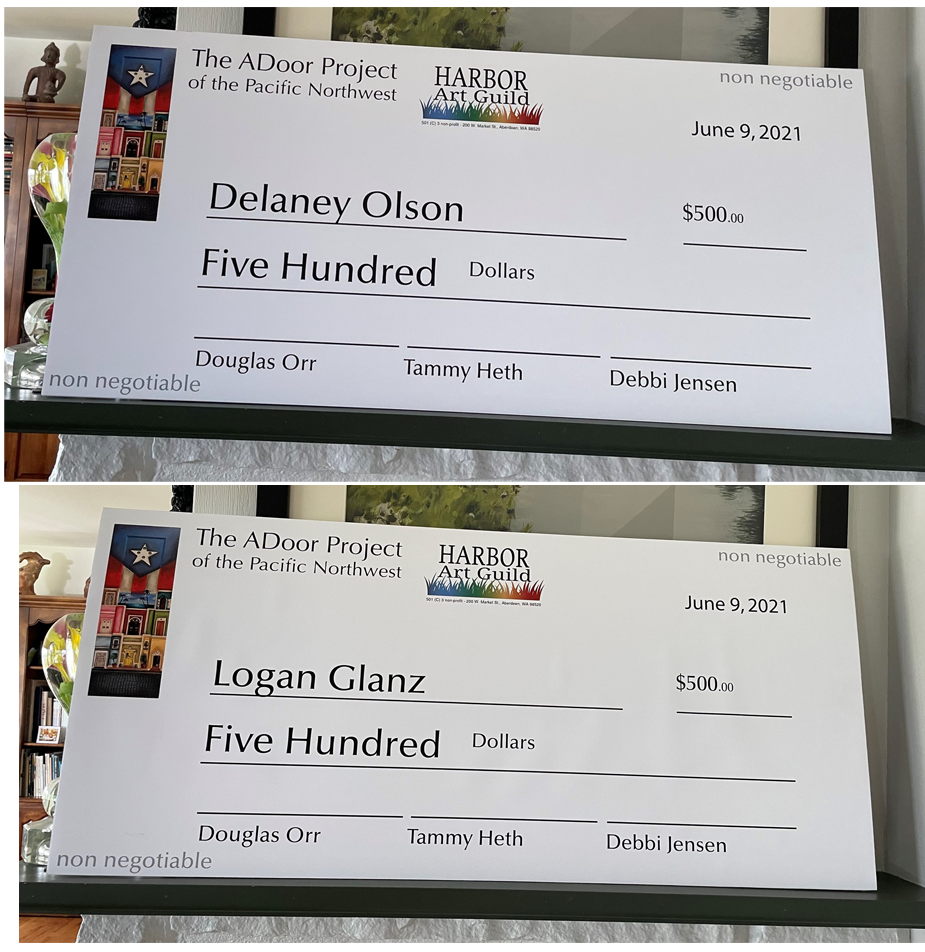 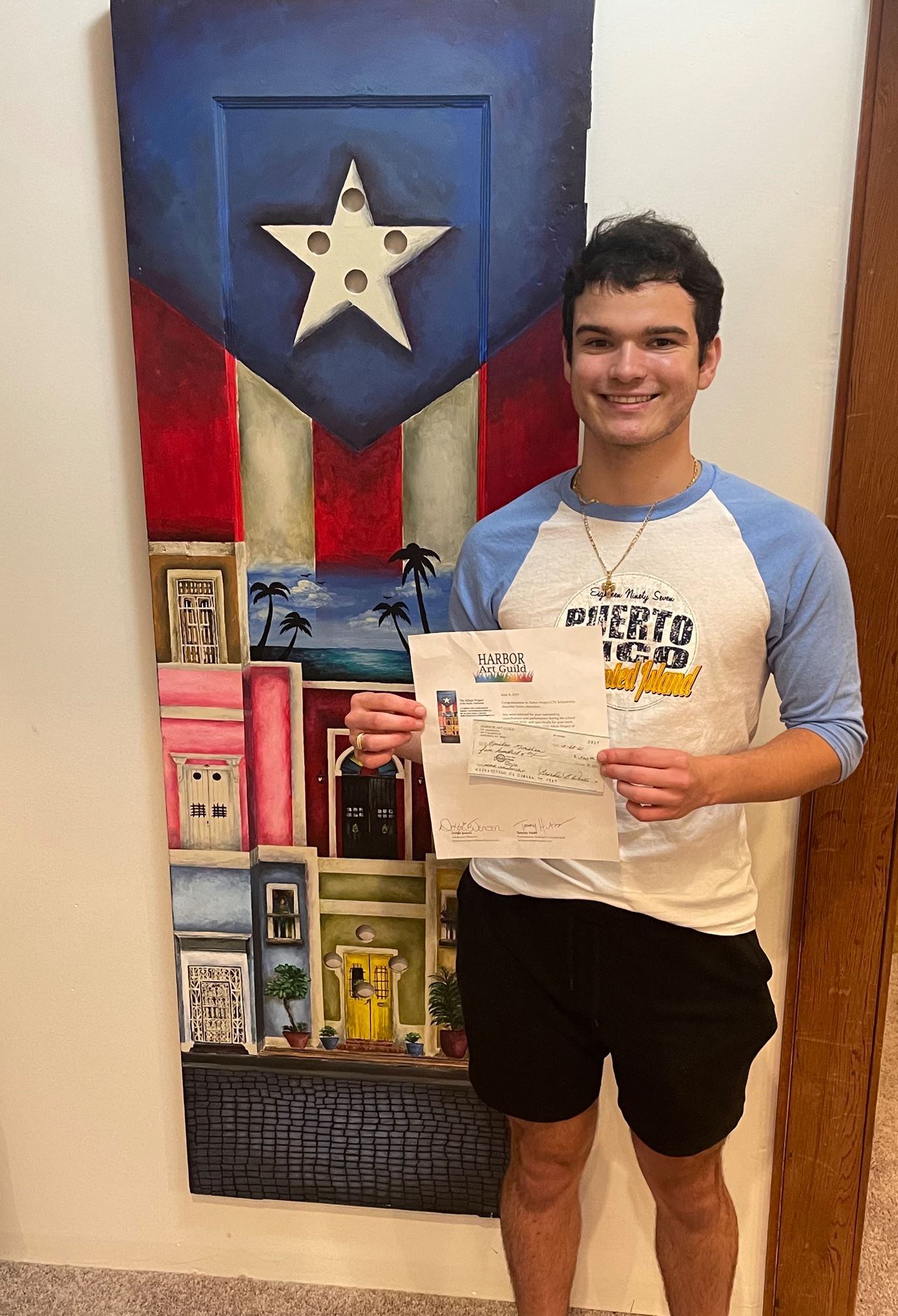 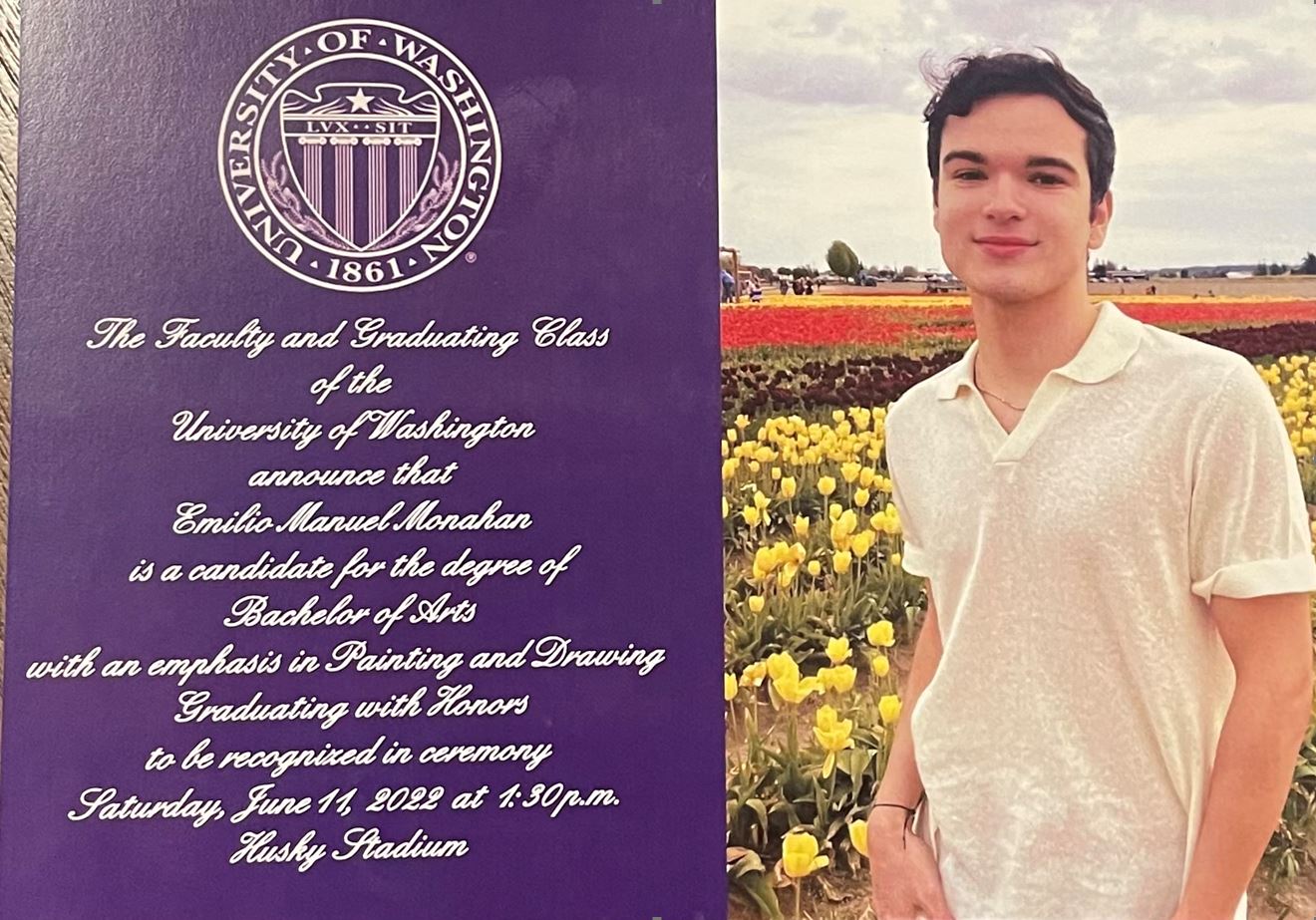 Meet our amazing team of players 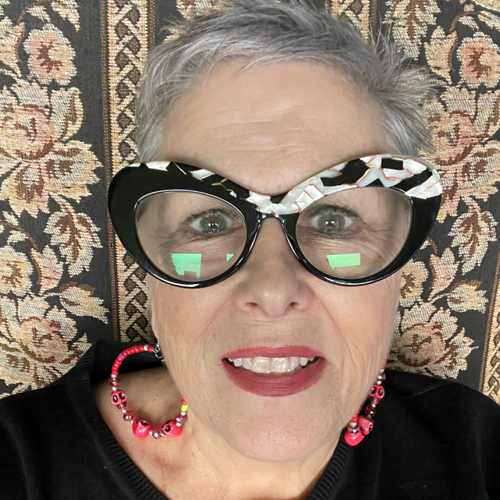 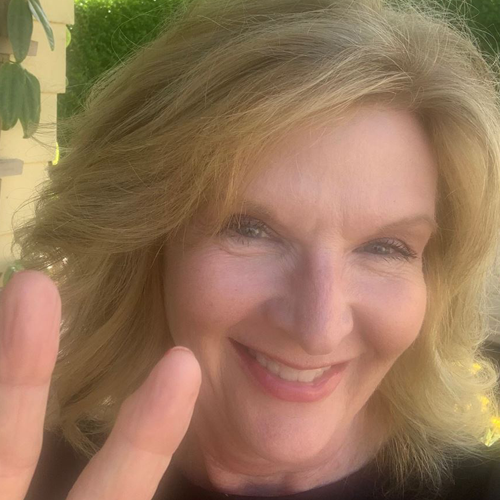 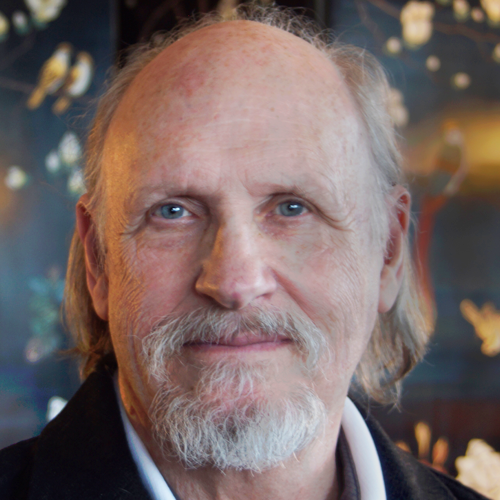 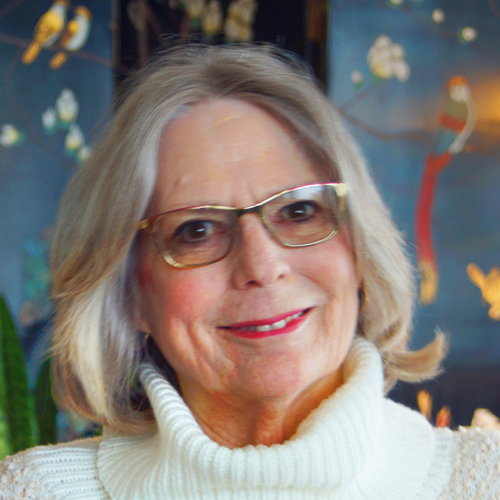 Please reach out to our staff if you have any questions about our scholarship programs.

Many thanks to our wonderful sponsors! 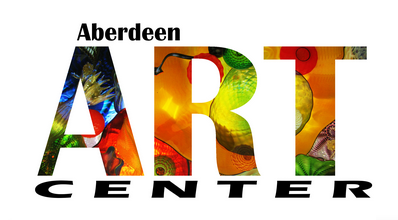 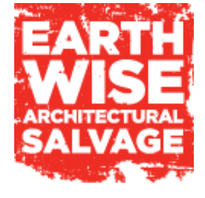 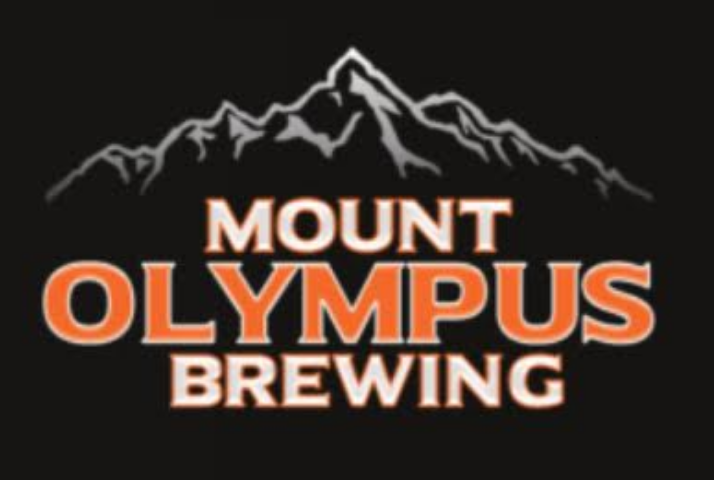 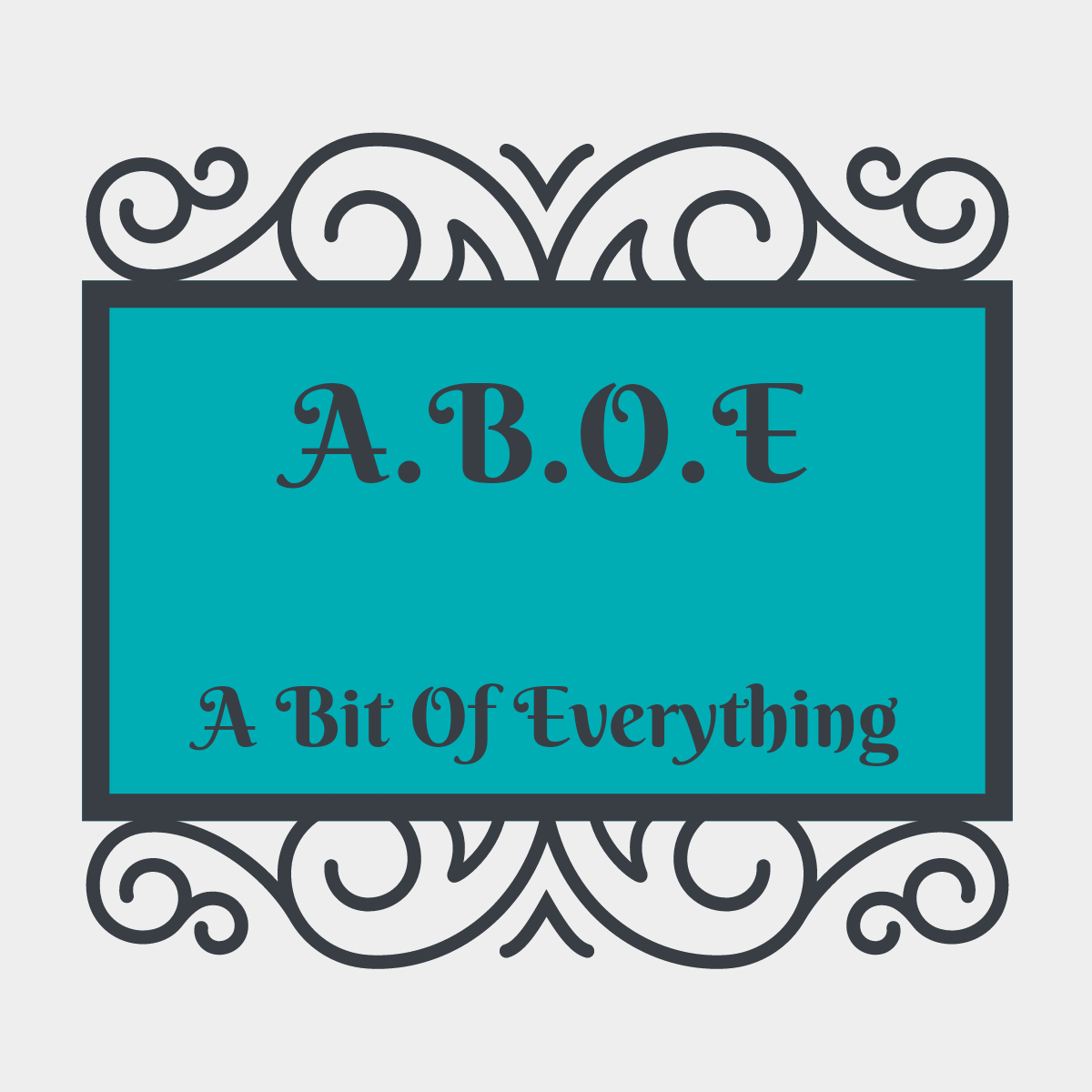 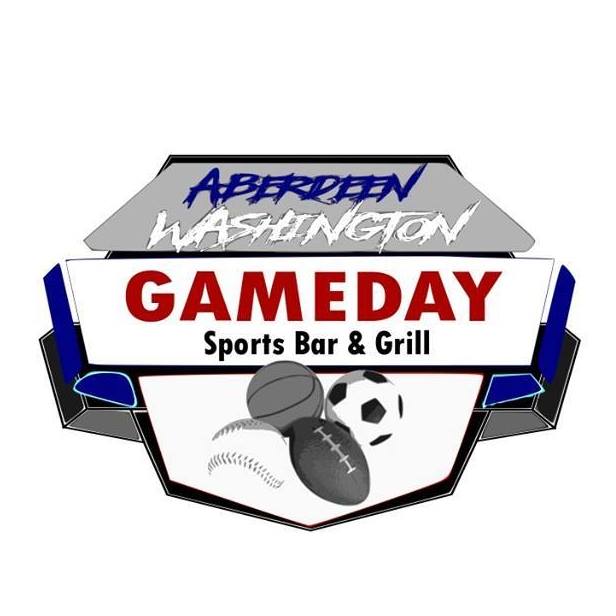 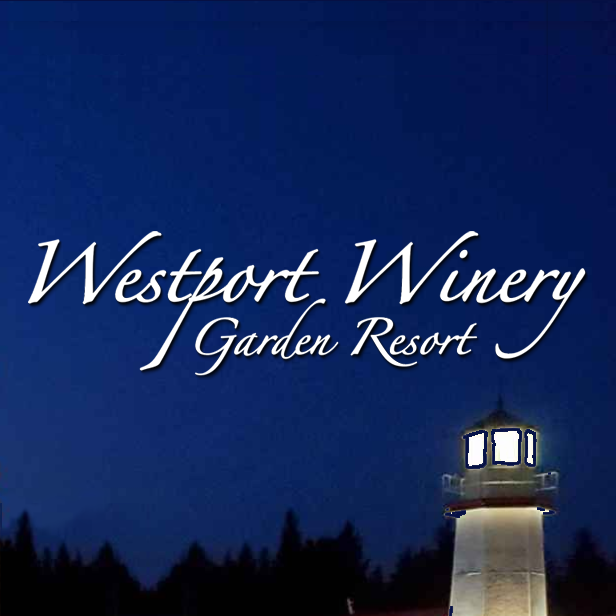 Please support the businesses and entity above that help us do what we do.

If you are interested in supporting our scholarship program, will welcome your donations of any amount.
Please contact us at The Adoor Project of the PNW using one of the following methods:


Made with love by Jan and Melissa Elmer

The Dragon Door is a three-dimensional dragon made from recycled materials is one of a series of doors that will be displayed on the Harbor in the coming months as part of a scholarship fundraiser for Aberdeen High School. It’s currently on display at Mt. Olympus Brewery in Aberdeen.

When I heard about the Door Project I was eager to get involved. As acrylic artist who has painted murals on many different shapes and surfaces, I thought I could do a good job at sculpting as well. My boss agreed, and so I was given an opportunity--and a door! He suggested a Northwest Theme, and Bigfoot immediately came to mind. The title of this piece is AGONISTIC, meaning "argument, combative, conflict or struggle," and was actually suggested by someone much more creative than myself. I adopted it because it is indicative of the perpetual struggle in nature, Sasquatch and the Grizzly fighting over a fish seemed to capture that idea very well. This piece began with a thorough preparation on the door so that it could properly receive paint. I built a rough skeleton out of scrap wood. The shell is mostly cardboard stuffed with newspaper, foam, and other shop debris. Finally, the outermost layer consists of a strong version of paper mache, wood glue, spray glue, hot glue, and a small amount of clay. The paint is brushed acrylic, airbrushed acrylic, and a protective layer of clear. I wanted to work on a piece that was challenging to me and that contributed back to the community in some small way. I believe that it is important for incarcerated men (who are able) to give back to the communities that they once took for granted. It is my hope that projects like this will increase awareness among both the free and the incarcerated.

I wanted to bring awareness to the beauty of ocean life and how “assumed” trash can be used in different ways. This door was created from these very items (i.e. plastic, form, paper, metals and old wood to be thrown out) that end up destroying our oceans, the life in it and the environment in general. We have become too heavily dedicated to a throw away culture, we miss the damage we cause to this beautiful planet in our ignorance. Sometimes we just need a shift in our perspective of how things can be used, upcycled and art are a coupe things we can do. Think about the need of items and how they can be used for more than one purpose? Life is beautiful and if we are not careful we will lose our greatest treasures. Purchasing a door gifts 100% scholarships to Career Technical Education for a graduating High School Senior. 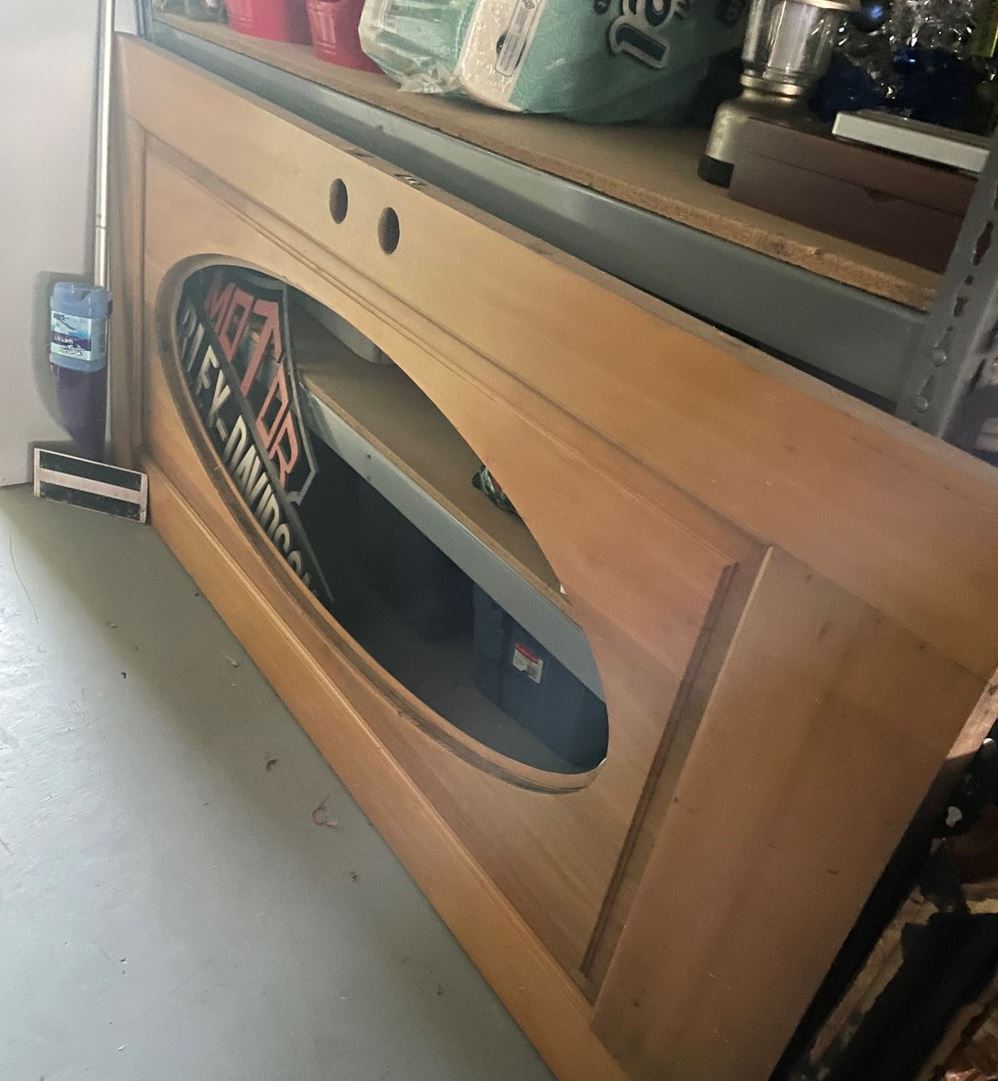 We have been partnering with the ADOOR project for a few years now and this opportunity has given my crew such an awesome chance to express their talents with painting, sculpting and creativity. The Door’s have provided a chance to give back to the community and that alone is the driving force behind our efforts put forth! My involvement in the process of crafting the doors is assisting with design and function of each completed masterpiece, the artistic portion is purely imaginative vision. All of the doors we have completed so far are constructed mainly with recycled products such as: wood scraps, wrapping shipping paper, styrofoam packing and anything else we can use by design intended for the waste stream! Then all is secured together with Elmer’s wood glue, screw’s and whatever else we can find!! The Game Door was an idea that I mulled around for awhile, I was thinking of something interactive so the design came to me to build a pachinko style football game door. The idea was to get groups of players together in competition and have fun with an easy score card to guide you through the process! We hope to continue for many years with our community partners and deliver more works of art for everyone to enjoy!! 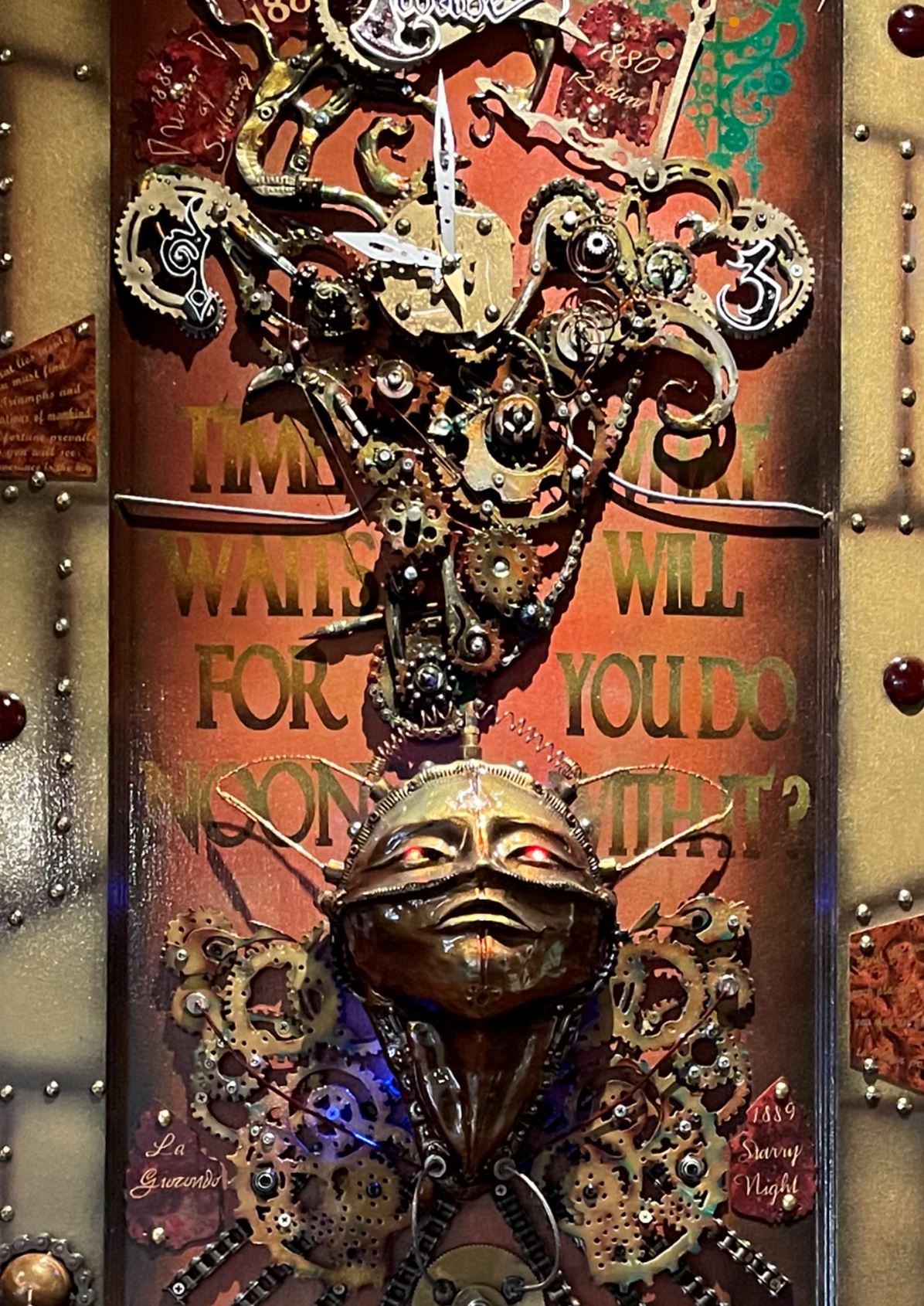 Our story has proven many times that in our struggles, great opportunity rises. How we greet this opportunity depends on what we are willing to do. There are clues on this door that will show you this very thing. We leave legacies behind that impact us all in different ways. However, this is not just about them. This is about you and what you leave behind, be intro-spective. What opportunity has risen from your struggle...Who are you today? What do you leave behind? The purpose of these doors is to give opportunity where it is in short supply, a nudge for a youth to help set them on their course to be…. Time waits for no one. What will you do with it? How do your struggles breathe opportunity? Friend of the Correctional Center Purchasing a door gifts 100% scholarships to Career Technical Education for a Graduating High School Senior.

Thank you Adoor Project, Your ideals change lives. I very much appreciate the opportunity to aid your benevolent purpose. The Wolf Door provided a really great opportunity for two artists to come together with our individual skillsets. With this door we wanted to create a work of art that captured the idea of something mystical and wild with somewhat of a North West feel. We chose wolves as our primary subject because wolves (and the hidden sasquatch) have such a varied cultural mythos surrounding them. In an effort to be original, we opted for a painting/sculpture combo, with one wolf and a part of the landscape emerging from the mural theme. We strategically embedded lights within the piece to enhance the mystical effect. I know I speak for my co-artist when I say that it is both a privilege and an honor to create art on this scale and for such a noble, charitable purpose. Projects like this provide artist friends of the Correctional Center who have broken the manacles of irresponsibility – who have taken so much away from their respective communities – an extraordinary opportunity to give back in a meaningful way. Thank you, very sincerely Friends of the Correctional Center. Purchasing a door gifts 100% scholarships to Career Technical Education for a Graduating High School Senior.